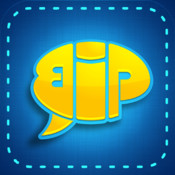 This remedy falls somewhat out of the general range of drugs, since it is neither an androgenic nor an anabolic agent. And yet it is worth advising as a necessary useful tool for bodybuilders, which is and is proved by its wide range of effects and positive results. Nolvadex belongs to the group of sex hormones and is an anti-estrogen. Normally, its scope is the treatment of certain forms of breast cancer in women. The drug suspends the growth of malignant tumors and prevents the formation of new ones. The growth of certain types of tumors is caused by its own hormone estrogen. This applies primarily to the mammary glands of men and women, since there are a huge number of estrogen receptors that can bind to estrogens in the blood. If the level of estrogen in the blood is unusually high, unwanted growth of the mammary glands can occur. Yet men take it more often. At first glance, this seems incredible, but upon closer examination of the drug, everything becomes clear, because Nolvadex is taken simultaneously with anabolic steroids. Because most steroids are more or less strongly flavored, i.e. their active chemical is converted to estrogen in athletes; the level of estrogen in the blood may increase, which is normally extremely low. There are various phenomena of feminization: gynecomastia, increased accumulation of fat and increased accumulation of water in the body. Anti-estrogen Nolvadex counteracts this by blocking the estrogen receptors of body tissues, thereby preventing the formation of compounds "estrogen + receptor". And yet it is important to understand that Nolvadex does not stop flavoring, but only blocks the body’s estrogen receptors for flavored molecules, i.e. is only an estrogen antagonist. This means that testosterone and its synthetic derivatives (steroids) are still susceptible to conversion to estrogens. The drug is only in perpetual competition with them for estrogen receptors. This is a disadvantage, since after administration of Nolvadex into the body "opposite effect"i.e. The released estrogen receptors can begin to collect estrogens that have accumulated in the blood.

Therefore, it makes sense to combine the reception of Nolvadex with Proviron (see Proviron). Nolvadex helps well during the diet, because it supports the process of burning fat. Although it does not have a direct fat burning property, it still, due to its anti-estrogenic effects, helps to keep the body fat as low as possible. Nolvadex should be taken along with strongly androgenic steroids – Dianabol, Anadrol 50 or different versions of testosterone. Athletes prone to a strong accumulation of water in the body and with easily arising problems with the mammary glands should use Nolvadex in any steroid course for prophylactic purposes. Because Nolvadex in most cases works very well, it is not surprising that some athletes take Anadrol and Dianabol up to the day of the competition and in combination with some diuretic. This allows them to appear on the scene elastic and dried. And those who already have a low level of fat, enjoy with the help of Nolvadex significantly improved muscle density.

Some willingly take the drug at the end of the steroid course, because it increases the production of its own testosterone – which we will talk more about in the future and prevent side effects caused by estrogen. And they can occur as the steroid is stopped, if the level of androgens in the blood is lower than the level of estrogens, which become the dominant hormones in the body. Extremely rare, but the most difficult problem with Nolvadex is that in some cases it does not lower the level of estrogen, but can increase it on the contrary. American doctor dr. Mauro Pasquale claims in his book "Drug use in amateur sports" "The latest research has shown that the effects of Tamoxifen (Nolvadex) on some people may be completely opposite. Instead of reducing the production of estrogen, as intended, it contributes to their occurrence. Instead of anti-estrogen, he can become his agonist, not an antagonist. For reasons that are still incomprehensible to science, in some cases it greatly increases the production of dehydroepiandrosterone arising in the kidneys. And since the latter is an intermediate in the formation of peripheral estrogens (or testosterone), the level of tarragon serum increases, which obscures the effects of Tamoxifen, which binds to central receptors. A light increase in the level of tarragon serum is enough to block the anti-estrogenic effects of Teamoxifen."

The next drawback is that the drug weakens the anabolic effect of certain steroids. The fact is that Nolvadex, as you know, lowers the level of estrogen. But nevertheless some steroids – first of all, various versions of testosterone – can fully manifest their qualities only at a sufficiently high level of estrogen. Referring to the book of Daniel Duchain "Ask the Guru": "But he (testosterone) is an anabolic not by itself, but only with a high level of estrogen, only this allows him to fully show their qualities. The anabolic activity of many steroids is therefore reduced while taking Nolvadex." But those who are used to higher dosages of such steroids may not worry. Those who prefer mainly light steroids (Primobolan, Winstrol, Oxandrolone and Deca-Durabolin) should weigh whether Nolvadex is taken or not, since it can reduce the already moderate effect of these drugs.

The seldom observed, but pleasing quality of Nolvadex is that it has a direct effect on the hypothalamus and thus, through increased release of gonadotropins, stimulates testosterone production. The result is a huge increase in the blood of your own testosterone. The doctor Dr. Mauro Pasquale writes in the German edition of his book "Side Effects of Anabolic Steroids: Facts, Inventions and Treatment": "Anti-estrogens have only a small effect on the arc injured by anabolic steroids. "Hypothalamus – Pituitary – Testicles". Perhaps this is due to the direct and strong effects of anabolic steroids on it." Therefore, bodybuilders should consider whether to take Nolvadex. Side effects at doses up to 30 mg per day are rare. In rare cases, it is nausea, vomiting, fever, dullness, numbness, impaired visual function. In women – a violation of the menstrual cycle, which manifests itself in scanty menstruation or even in their absence. Women should pay attention to, God forbid, do not get pregnant while taking Nolvadex. It is important for athletes to know that Nolvadex should not be taken at the same time as pills, since anti-estrogen Nolvadex and estrogen-containing pills have a negative effect on each other. The usual daily dose for athletes is the same as the manufacturers recommendation and is 10–30 mg per day. For the prevention of side effects caused by estrogens, 10 mg per day is sufficient, which makes the risk of reducing the effects of steroids taken at the same time low. Often, for preventive purposes, it is quite enough if the athlete begins to take Nolvadex 3 to 4 weeks after the start of steroids. Athletes prone to gynecomastia, strong water accumulation, increased fat accumulation when taking Dianabol, Testosterone, Anadrol 50, Deca-Durabolin and other steroids, usually take 20 – 30 mg per day. The combined intake of 20–30 mg of Nolvadex and 25–50 mg of Proviron per day gives here exceptionally good results. The same applies to athletes who are in the competition phase, and women. Women should still refuse to take Nolvadex or reduce its dose to 25 mg per day. Heavily neglected gynecomastia is in most cases not amenable to elimination with the help of Nolvadex, so often surgery is required, often paid from the health insurance scheme. The first signs of a possible gynecomastia are slight pains when touching the nipples. Tablets taken 1 – 2 times a day with meals, unchewed, washed down with liquid.

"Nolvadex", unfortunately, is a very expensive drug. In Germany, for example, 100 20 mg tablets cost 360.80 DM (Red List, 1993). Related drugs (see the list of trade names) are cheaper and of the same good quality as the drug "Nolvadex"therefore preferred by athletes. German drug – Tomsk Puren company "Klinge-Nattermann Puren" – it is cheaper compared to it: 181.20 DM per 100 tablets of 20 mg (Red List, 1993). The athlete should pay attention to the 20 mg version, because it is more interesting from the point of view of price. On the black market you will find most often foreign Nolvadex, which can cost 2–3 DM per 20 mg tablet. The original Nolvadex tablets are easy to distinguish, since they have an ICI cut (manufacturer’s name), and on the back "Nolvadex". Often, the amount of the chemical is indicated on the tablet. Approximately 10 tablets are in an unusually large cellular package. There are no fakes of Nolvadex and drugs of other trade names.